Skip to content
You are here:Home-Military Affairs-U.S. Embassy in Myanmar Call on Military to Relinquish Power

U.S. Embassy in Myanmar Call on Military to Relinquish Power

The statement also underlined to support the protests of Burmese citizens in support of their democratically elected government, their right to freedom of information, the release of all detainees and calls for the lifting of all communications restrictions and the avoidance of violence 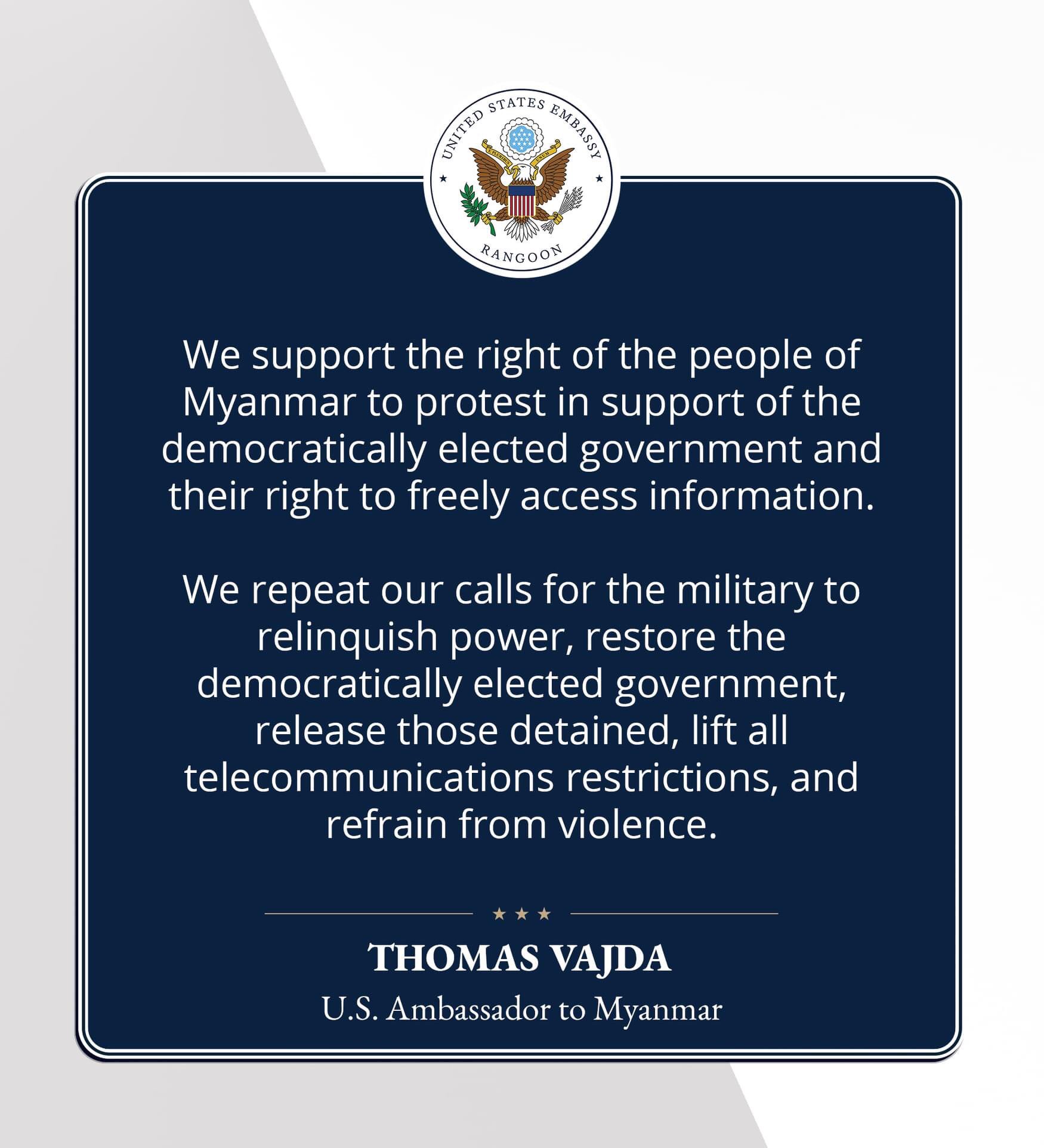