Skip to content
You are here:Home-Military Affairs-Overview of the Chinese Army’s Military Training in 2020

Overview of the Chinese Army’s Military Training in 2020

The consecutive tactical actual firing of multiple types of bombs, deep bomb assessment of anti-submarine patrol aircraft, ultra-low altitude penetration. At the end of the year, the officers and soldiers of the whole army used the smoke of gunpowder as ink to write down the fiery training “summary” on the battlefield: All for victory.

Looking back on 2020, the whole army will continue to focus on preparing for war, insisting on actual combat training, joint combat training, strong scientific and technological training, and training according to the law. The training level and the ability to win have been continuously improved. 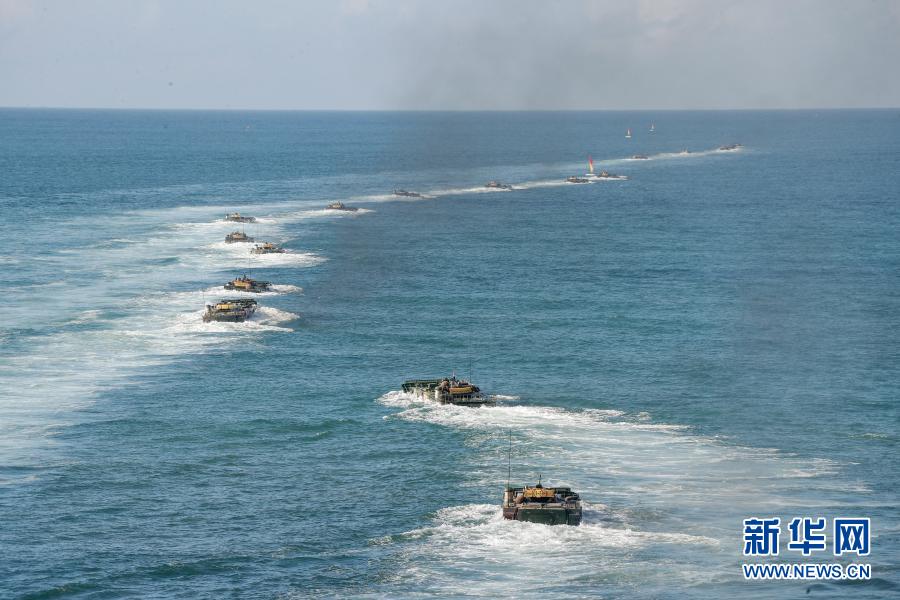 At the beginning of the new year, Chairman Xi Jinping signed the No. 1 Order of the Central Military Commission of 2020, issuing an order to start training and mobilization to the entire army.

In January, a certain naval aviation brigade organized a free air combat training for the first time in the New Year. 90% of the sorties were highly difficult and intense air combat subjects.

In February, the Eastern Theater District organized a joint naval and air force drill in the southeastern waters of Taiwan Island, and actual combat training courses such as air-to-ground assault and fire support continued.

In September, during the full-course training assessment of a submarine, the third-party guidance team closely followed the actual combat situation and randomly introduced more than 20 guidance scenarios and more than 50 preset questions to test the emergency response and coordination capabilities of officers and soldiers.

In November, a brigade of the Rocket Army launched four battalions of officers and soldiers to the field comprehensive training field starry night, completing more than 10 training courses consecutively.

In December, the “Jingwu Lianqin-2020” competition kicked off. The whole process was integrated into the actual combat background, and more than a thousand officers and soldiers competed fiercely… 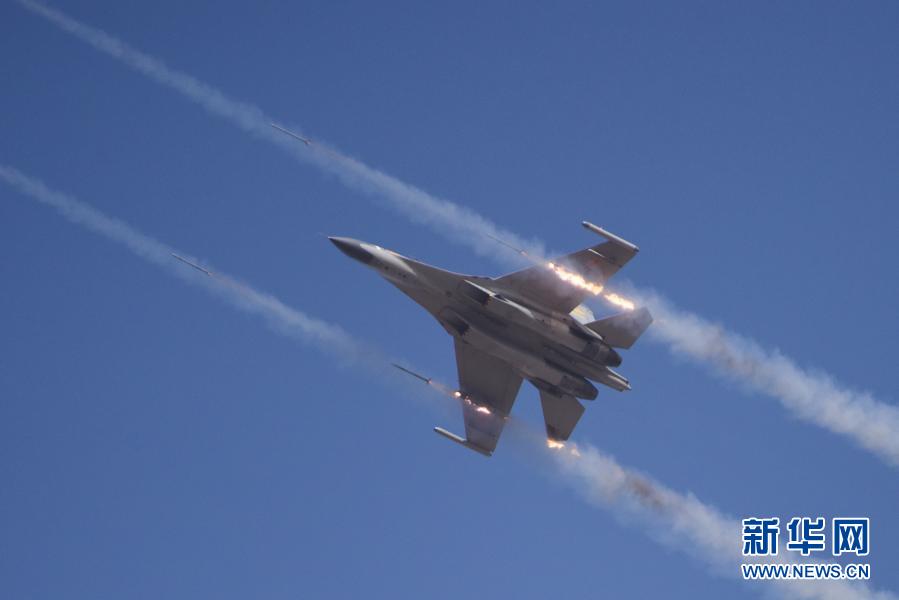 This year, a certain air defense brigade of the Army built a dynamic air information database to help commanders at all levels make accurate decisions and commands; a certain brigade of the Air Force Aviation in the Central Theater developed a training quality monitoring system to provide support for troops to carry out missions under extreme conditions.

This year, the Southern Theater Navy’s open-sea training formation went to the ocean to fight winds and waves, sailing more than 14,000 nautical miles, and completed more than 30 exercises including live ammunition and joint operations; a bomber group of a certain division of the Air Force took off from the hinterland of Guanzhong and ran thousands of kilometers, Launch a penetration assault. 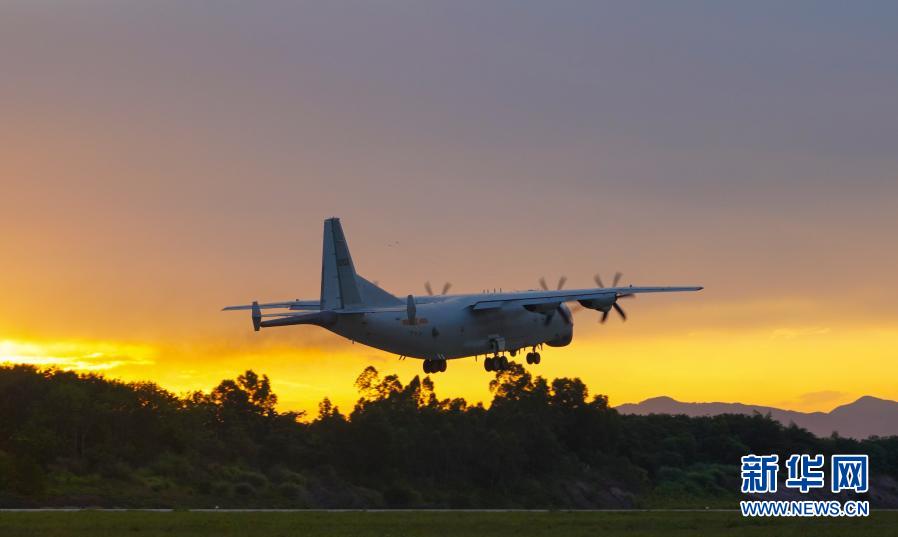 In early spring, the hinterland of North China is fighting hard! The red and blue sides of a certain group of the Air Force are fighting against the clouds, fighting air combat and ground assault… Pilots test tactical tactics in a complex environment and forge ahead against the blade.

In the late autumn, smoke rises under the Helan Mountain! A certain brigade of the 73rd Army marched into the Gobi Desert and organized a combined battalion in batches to fight against it, artillery blockades, aerial reconnaissance… the red and blue sides made frequent killer moves and confronted each other.

An information and communication brigade of the Air Force of the Western Theater Command and an electronic countermeasures unit carried out an actual combat exercise in a complex electromagnetic environment. The participating officers and soldiers fought on the invisible battlefield, and the ability of fast communication, quick connection, and broken network reconstruction was steadily improved.

Several J-15 fighters of a certain naval aviation unit in the northern theater were divided into red and blue sides to carry out high-intensity, multi-disciplinary air combat training. The pilots of both sides used their best efforts to attack and defend fiercely. 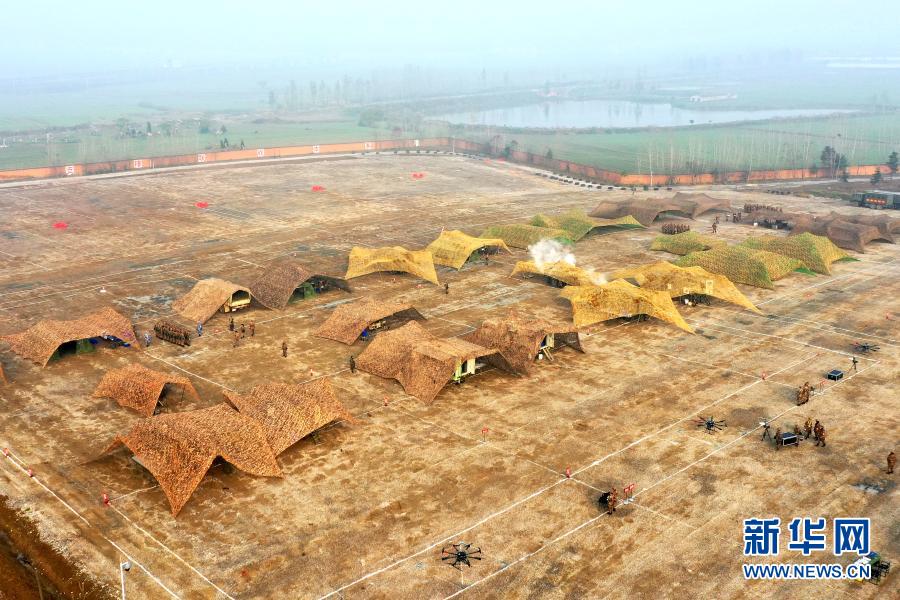 Those who speak martial arts are the most important. Focusing on consolidating the foundation of the ability to win battles, the whole army strictly implements training, assessment, supervision, and accountability in accordance with the guidelines, perfects support conditions, grasps mass training and competition, and integrates every individual, every type of equipment, and every type of combat element The training is in place.

“Breaching the border”: A certain artillery brigade of the Tibet Military Region boarded a high-altitude garrison, and a certain type of artillery fired from a range beyond the limit.

“Breaking the norm”: A new equipment of the strategic support force will participate in the cross-regional assessment when it is listed, and the first battle will be successful.

“Record-setting”: A certain type of air-cushioned hovercraft enters and exits the mothership and sails at high speed. 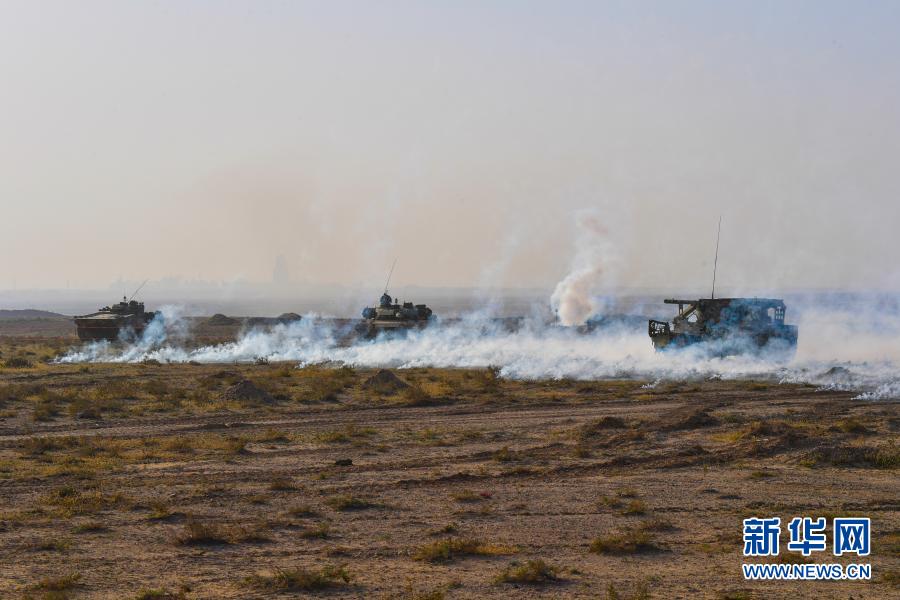 In nine cold days, a certain air defense brigade of the army drove over snow-capped mountains, glaciers, and plateaus to solve a series of difficult problems such as fighting, eating, sheltering, and hiding under severe cold and dark night conditions.

The heavy rains areas noted. The officers and soldiers of a storage and supply base of the Xining Joint Logistics Support Center are facing possible disasters such as mountain torrents and mudslides. Flying in the second half of the night, training across the day and night, training in harsh weather… the whole army starts from actual combat needs and beats the troops severely.

The officers and soldiers carry forward the fighting spirit of not fearing hardship and not fearing death, dare to overcome all difficulties, and dare to overwhelm all enemies. , Resolutely complete the mission and tasks assigned by the party and the people in the new era.

A strong army must be trained, and actual combat must first be practiced. On November 25th, Chairman Xi attended the Military Training Conference of the Central Military Commission and delivered an important speech, clearly putting forward the requirements for accelerating the transformation and upgrading of military training, establishing a clear direction for military training, which will surely further inspire the entire army to advance combat-oriented military training. Powerful motivation.

On the march to a strong army, a more magnificent picture of a new era of military training is spreading