The Legion d’Honneur Award is France’s highest award and translates to “Legion of Honor.”

“Thank you for the tremendous honor of receiving the National Order of the Legion of Honor at the Arizona Memorial,” said Aquilino. “France and the United States’ strategic partnership goes back to the very establishment of our nation and I greatly appreciate our continued cooperation throughout the Indo-Pacific. I’m deeply humbled to receive this award.”

Adm. Aquilino received the award for improving interoperability and cooperation between the French and U.S. navies, supporting the navy liaison officer exchange program, and establishing of protected communication networks between the authorities of the two navies.

While the Legion of Honor is usually only awarded to French citizens, foreign nationals who served France or the ideals the country upholds may also receive this honor. 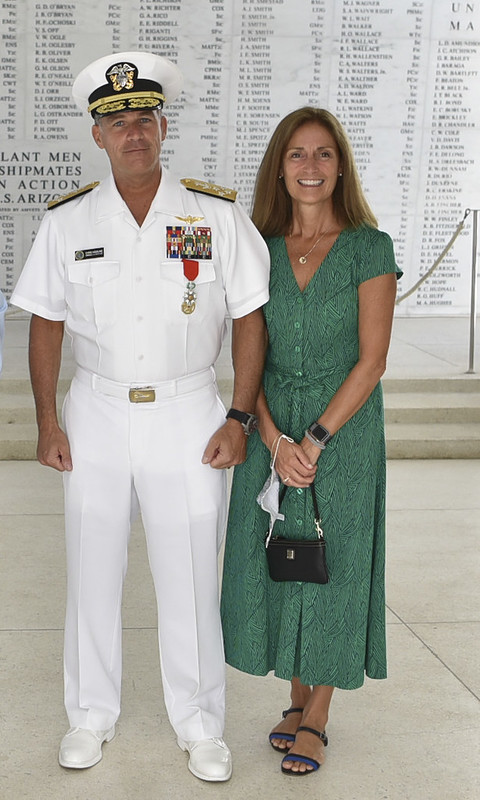